The programme is aligned to National Development Objectives that are reflected within the NDP’s Chapter 3 (Economy and Employment), Chapter 4 (Economic Infrastructure), Chapter 5 (Environmental Sustainability and Resilience) and Chapter 6 (Inclusive Rural Economy), the New Growth Path Framework and the National Tourism Sector Strategy.

It also responds directly to Outcomes 4, 6 and 7 of the  2014–2019 Medium-Term Strategic Framework, and is aimed at supporting the province in giving effect to the Limpopo Development Plan (2014–2019), the LEDET Strategic Plan as well as the Integrated Development Plans (IDPs) of all the five district municipalities within the province.

The overall programme had a budget of R89 million and commenced in March 2018. Maintenance in three nature reserves has been completed and work in a further seven parks was completed in May 2019. Furthermore, final reports and the feasibility study on market stalls as well as condition assessments were also handed over to the client. All this work culminated in creating 216 job opportunities during construction. 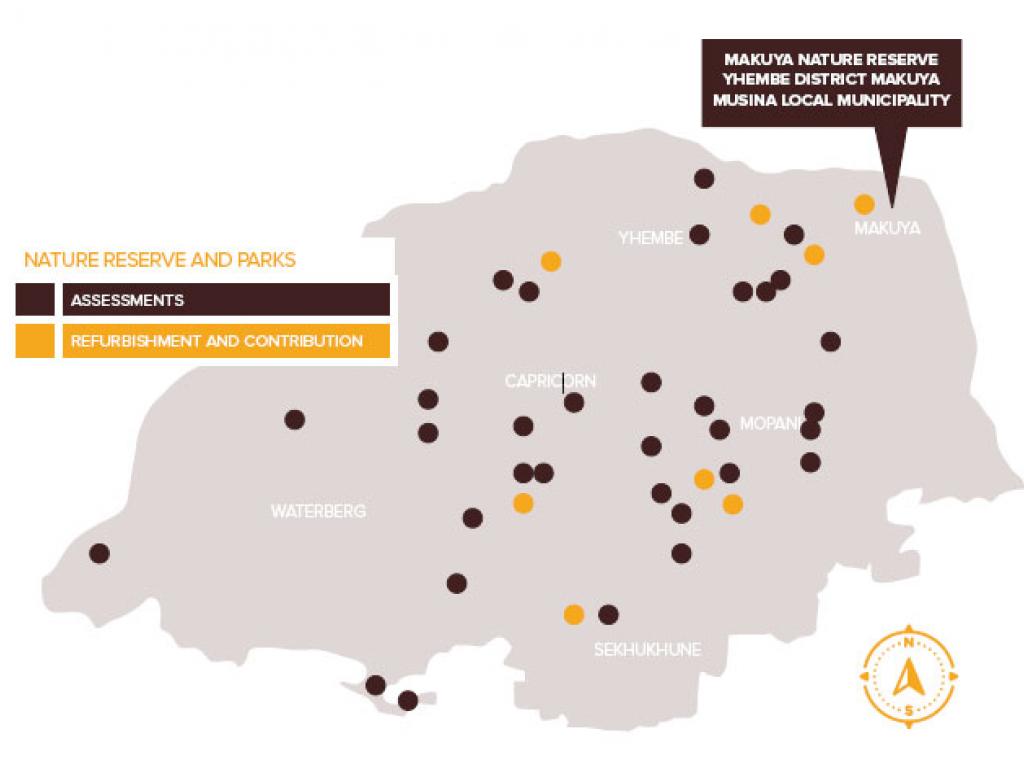